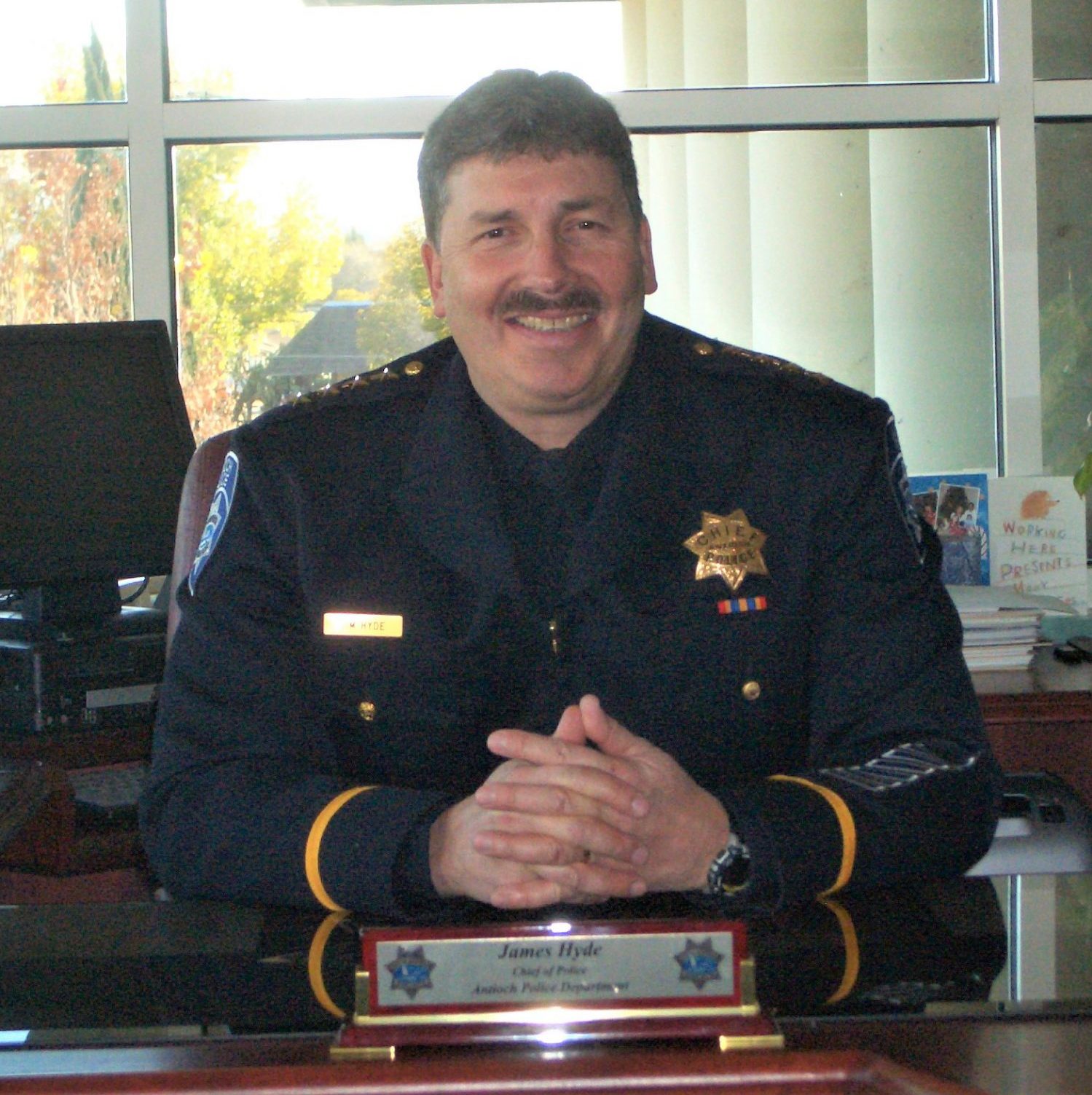 Jim has 31 years of California law enforcement experience with the Novato, Sacramento, Davis, and Antioch Police Departments. He retired as the Police Chief for the city of Antioch. Chief Hyde has a Bachelor of Science Degree in Criminal Justice from the University of South Dakota, a Masters Degree in Clinical Psychology from the Professional School of Psychology, Sacramento.

Jim is a co-founder of the West Coast Post-trauma Retreat. The WCPR is a trauma treatment program for emergency service professionals from Guam to London. He was twice the board president of the First Responders Support Network. He was the co-coordinator of the Sacramento Police Department’s Peer Support Program for 14 years. He has taught and developed peer support programs for public safety agencies across the U.S and overseas.

Jim is the co-founder and editor of PeerSupportCentral.com, which is an online trauma and stress management resource for public safety and military personnel. He is the division chief for Dprep, LLC Peer Support & Trauma Recovery training. He was a member of the Sacramento Regional Critical Incident Stress Debriefing Team and the International Critical Incident Stress Foundation.

He is a graduate of the University of Southern California’s Delinquency Control Institute. He is also a graduate of the Senior Management Institute for Police sponsored by the Kennedy School of Government, Harvard University and the Police Executive Research Forum. Jim is a certified Executive Coach and he is also a doctoral student studying Organizational Psychology. He teaches organizational intervention and critical incident management for the State of California’s Law Enforcement Executive Development Program. He was the original project development manager of the Sacramento Regional Hi-Tech Crimes Task Force.

Jim is the lead U.S. trainer for Different Tracks Global of Belfast, No. Ireland. DTG is a global non-profit organization providing community based conflict management, community relations and mediation training for community leaders across around the world.

Jim was a family trauma & conflict presenter at the UN Peace Conference at The Hague, Netherlands. Jim was a co-recipient of the 2010 U.S. Department of Justice Project Safe Neighborhood’s Community Outreach National Award. He is a co-founder of the Antioch Youth Intervention Network and the Antioch Police Activities League (PAL). He was a co-recipient of the 2009 Antioch Citizen of the Year award, the Contra Costa Men of Merit award, and the Dow Chemical Martin Luther King Community Service Award.

Jim was a board member and co-founder of Helping Hands Produce, a non-profit that raises and donates over 1 million pounds of produce annually to the food banks of Northern California. Approximately 220,000 hungry people per month benefit from this work.

Sgt. Feenstra was one of the original founders of the Sacramento Police Department’s Peer Support Program and was the Program Coordinator for 28 years. She is referred to as the “Mother Teresa of the Sacramento Police Department”. She has helped guide numerous law enforcement and military organizations in building or expanding peer support programs across the country. Sgt. Feenstra has a Bachelor of Arts Degree from California State University, Sacramento.

Sgt. Feenstra is also one of the founding members of the Sacramento Police Department’s Problem Oriented Policing Program. She has received numerous awards for her innovative work as a Problem Oriented Policing sergeant and officer, including a community policing award from the California Attorney General. Sgt. Feenstra is the recipient of the 2010 Sacramento Community Hero’s Award and the California Molina Community Health Outreach Award for co-founding the C.A.S.H. Program, an outreach program to help women out of a life of street prostitution and drug addiction.

She has received 3 Distinguished Service Medals for her program building talents over her 33 year career. Susan was named the 1995 Woman Peace Officer of the Year for California, the 1995 California Jaycee’s and the YWCA’s Law Enforcement Officer of the Year. She currently teaches peer support and surviving trauma courses across the country. Sgt. Feenstra is also a member of the Sacramento Regional Critical Incident Stress Debriefing Team and the International Critical Incident Stress Foundation. 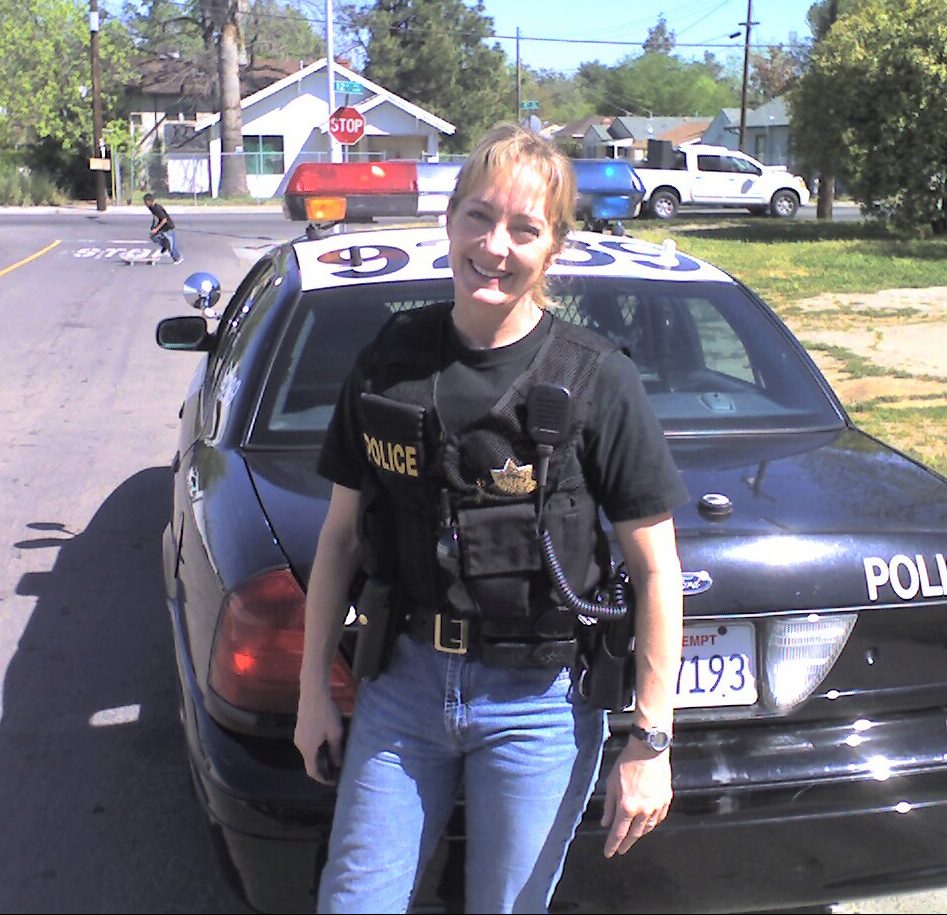